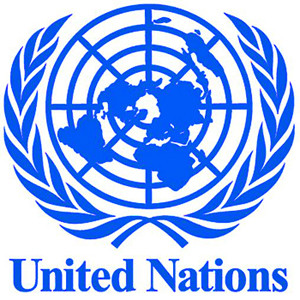 THE UN has called on international Governments to create a 21st Century ‘ever-green revolution’ for agriculture that would aim to double production, while protecting the earth’s resources.

In a new report on global sustainable development, the UN highlights the importance of international investment in agricultural science, including biotechnology, to achieve these goals.

“Governments and international organizations should work to create a new green revolution — an “ever-green revolution” — for the twenty-first century that aims to at least double productivity while drastically reducing resource use and avoiding further loss of biodiversity, topsoil loss and water depletion and contamination,” the report’ ‘Resilient People, Resilient Planet: A Future Worth Choosing’, recommends.

It says this should be achieved partly through the ‘scaling-up of investment in agricultural research and development, to ensure that cutting-edge research is rapidly moved from laboratory to field’.

“The new agricultural revolution should focus on sustainable intensification (practices with low external inputs, emissions and wastes) and on crop diversification and resilience to climate change,” the report says.

It adds that ‘new green biotechnologies’ could play a ‘valuable role in enabling farmers to adapt to climate change, improve resistance to pests, restore soil fertility and contribute to the diversification of the rural economy’.

The report says the task should be co-ordinated by the UN’s Food and Agriculture Organisation (FAO).

With three-quarters of the world’s poor living in rural areas and 2.5 billion rural inhabitants involved in agriculture, it says an ‘immediate push on sustainable agriculture would yield enormous social, economic and environmental dividends’.

The report is published ahead of the UN Conference on Sustainable Development (Rio+20) in Brazil in June.

“The EU-27 is one of the world’s major food producing economies, yet current policies on issues such as CAP reform, research investment and access to agricultural innovation do not reflect the pressing global need to produce more food.

“Even by 2030, less than 20 years away, this latest UN report estimates that the world will need 50 per cent more food, 45 per cent more energy and 30 per cent more water. However much we strive to reduce waste, improve distribution or change consumption patterns, there is no escaping the urgent need to boost agricultural productivity – especially in regions expected to be less vulnerable to the production-limiting effects of climate change, such as northern Europe.

“European agriculture can be a key player in the new political economy called for by the UN’s high-level panel – but only if EU leaders wake up to the urgent need to embrace developments in agricultural science and innovation,” said Mr Dyer.