In a recent article published on Feb 18, 2017 by CBC News, author Catharine Tunney summarizes through interviews and fact collection the movement of agricultural innovation, the demand for technology and the need for investment; both governmental and commercial to take advantage of the opportunity to expand Canada’s agricultural contribution and overall GDP.

Clean Seed Capital Group and its Agricultural Technologies division is at the forefront of this moment. Through private and commercial investment and significant support and contributions from the Government of Canada, we have been working tirelessly to bring awarding winning technological innovations to the agricultural marketplace.

Along with our technological achievements we are continuing to pursue our aggressive agenda as pioneers in facilitating sustainable agriculture that will inevitably play a pivotal role in confronting the demands of both the marketplace and global food production as a whole. Evan Fraser, head of the University of Guelph's Food Institute, tells CBC The House host Chris Hall, right, that Canada is poised to become a leader in the agri-food sector. (CBC)[/caption]

Evan Fraser, Head of the University of Guelph's Food Institute was quoted: "We have to imagine a tractor driving through a field and the tractor itself senses where it is on the field and plants the right seed at the right time and gives it the right amount of fertilizer."

"We can create a Silicon Valley type vibe for food in our country where we can hopefully benefit in terms of innovation, jobs and hopefully sustainability," he said

As of now there is no need to imagine, Clean Seed has successfully merged Silicon Valley with farming and while doing so accomplished the single largest technological leap for modern agricultural innovation in history with the creation of the award winning CX-6 SMART Seeder™

Our SMART Seeder™ demonstrates the future of farming by offering farmers the ability to deliver up to 6 different products, simultaneously across the entire seed drill with pin point accuracy to any square foot of any field. The SMART Seeder™ and our SeedSync™ software also allows for the flawless integration of soil maps and accurate variable rate product delivery unleashing the true power of agronomy and performing exactly as Mr. Fraser states. 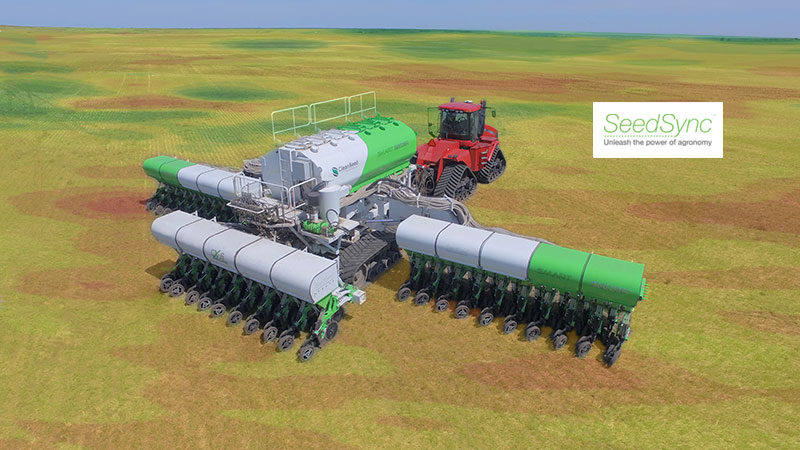 The future is clear. The worlds agricultural lands are becoming smaller and more of a challenge to produce on, while the worlds population and demands for global food production are increasing at an exponential rate. Clean Seed a proudly Canadian company is poised as an industry leader with the ability to assist in maximizing the results of sustainable agricultural practices through the implementation of technology and education in Canada and the world as a whole.