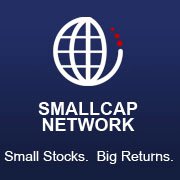 Other than involving the earth, there is not much that companies involved in sustainable agriculture such as Adecoagro (NASDAQ: AGRO), Tractor Supplies Company (NASDAQ:TSCO), the farming exchange traded fund (NYSE: DBA) and CVR Partners (NYSE: UAN) have in common with gold (NYSE: GLD) as assets. Sustainable agriculture, as defined by Benjamin Graham, the father of the value school of stock picking and inspiration for Warren Buffett, is investing. Gold, by contrast, is pure speculation.

Investors, according to Graham, seek to profit from the conditions of the company. There is a gain to be made in the intrinsic value of the assets as opposed to the lower price being offered by the financial markets, at that time. Speculators hope to profit from an inefficiency in the financial markets, not in the pricing of the assets of the company.

From this, gold is always in a bubble as it has no underlying economic value. Over 90% of gold is used for hoarding as an asset. Sustainable agriculture, while it can be overpriced, always has investor value as it not only feeds others but replenishes itself. Once gold is mined, it is gone: it is thus an inert metal in every sense. Sustainable agriculture is long term, gold is short term.

What has clearly been proven over time is that long term investments are, by far, the most rewarding. About 95% of day traders lose money, according to studies. Short term gains are transitory, while long term gains, by the very nature of the investment, endure. There is nothing more enduring than sustainable agriculture, by its very definition.

The superior returns of sustainable agriculture are being registered. Ceres Partners, which oversees 61 farms, has returned 16% since January 2008, when it started. Over the same period, the Standard & Poor’s 500 Index has fallen by more than 1%. Year to date, the exchange traded fund for the S&P 500, the QLD is down about 8% while the exchange traded fund for agriculture, the DBA, is up almost 5%.

In addition, much of the increase in gold has emanated from the weak dollar policies of the Federal Reserve. The rise in values for sustainable agriculture assets has to do with fundamental economic demand. According to a recent article in The Washington Post, “Betting the farm-and winning,” sustainable agriculture investments are up as, “The growth in demand for food – spurred by the rising middle classes in China, India and other emerging markets – shows no signs of abating.’

This greater demand is sending food prices higher in the US. Corn is up 75% higher than it was a year ago. One of the major factors behind this increase is imports of corn by China, which could reach 10 million tonnes. That is 5 times more than expected by the United States Department of Agriculture. It will continue for the future, no doubt. As Jim Rogers, the billionaire investor, noted in a recent interview with the BBC, “”The only areas of the world economy I see that are going to be dynamic are natural resources; farming is going to be one of the best professions of the next 10 or 20 or 30 years.”

Earlier this year, another legendary billionaire investor adhered to this outlook as George Soros sold his gold position. Soros, one of the greatest financiers in history and a former partner of Rogers’, through one of his hedge funds, bought 23.4% of Adecoagro, a South American farmland concern with other agricultural interests, at the time he was selling gold. In addition to its potential due to rising middle classes around the world demanding richer diets, sustainable agriculture is also showing better balance sheets, too. In the United States, the farm-debt-to-asset-ratio, which peaked in 1985 at 23%, is expected to be around 10% for 2011. While housing prices have fallen, the average value of an acre of farmland in the US has climbed steadily from $737 in 1980 to $2350 in 2011.

The output from each acre has increased significantly too and will continue to indefinitely as sustainable farming, unlike gold, does not deplete, but resupplies the earth. This proves the long term value of sustainable agriculture investing in the Warren Buffett model where “buy and hold means forever.’ What gold lacks in economic value, which is everything, sustainable agriculture has with a much brighter future than the inert yellow metal.