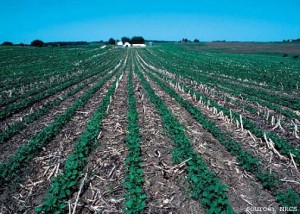 Farmers in the Hangman Creek watershed area in Eastern Washington are being advised to take up no-till farming to reduce pollution concerns.

The Washington State Department of Ecology has released its plan to reduce pollution in the watershed to the public for comment.

According to the department, the plan is based on a September 2010 water quality improvement report for the watershed. Also known as the Latah Creek watershed, the area drains roughly 431,000 acres in Spokane and Whitman counties.

The department’s plan intends to reduce fecal coliform bacteria and muddy water and includes measures to decrease the temperature of the water, which is often too warm to support fish and other aquatic life.

According to the department, concerns in the watershed area include phosphorus pollution in the Spokane River, which encourages the growth of algae that use up the oxygen fish need to survive.

Agricultural runoff and livestock and forestry practices are also concerns, according to the department.

The plan calls for native plants to provide shade to the streams to lower the temperature, and intends to reintroduce beavers to the watershed to reduce pollution.

The plan recommends that farmers adopt direct-seed tillage, a seeding practice that minimizes soil disturbance and decreases erosion and runoff.

The plan also calls for installing streamwide fencing with off-stream watering facilities in livestock areas. That would ensure the stream corridor is protected from livestock and wildlife that would deposit fecal matter, trample vegetation or break up soil.

Farmers were notified about the best management practices in the plan, Gilbert said.

“We don’t enforce on these if someone opts not to use direct seed, for example,” she said. “We do enforce if the Clean Water Act is violated.”

The act says that pollutants are never allowed to be discharged into waters of the state, Gilbert said.

“By adopting these best management practices, a landowner can rest easy that they won’t violate the Clean Water Act,” she said.