This is the next jump beyond air drills,” said Colin Rosengren, vice-president of agronomic practices and protocols at Clean Seed Agricultural Technologies. He is also a Saskatchewan grain and oilseed producer.

He was referring to the CX6 Trident Crossover Drill his company currently has under development, which it displayed at Canada’s Farm Progress Show in Regina.

The company’s aim is to move dry-land seeding technology forward by a step comparable to the move from discers and hoe drills to air seeders, he explains. And he believes the CX6 does that. 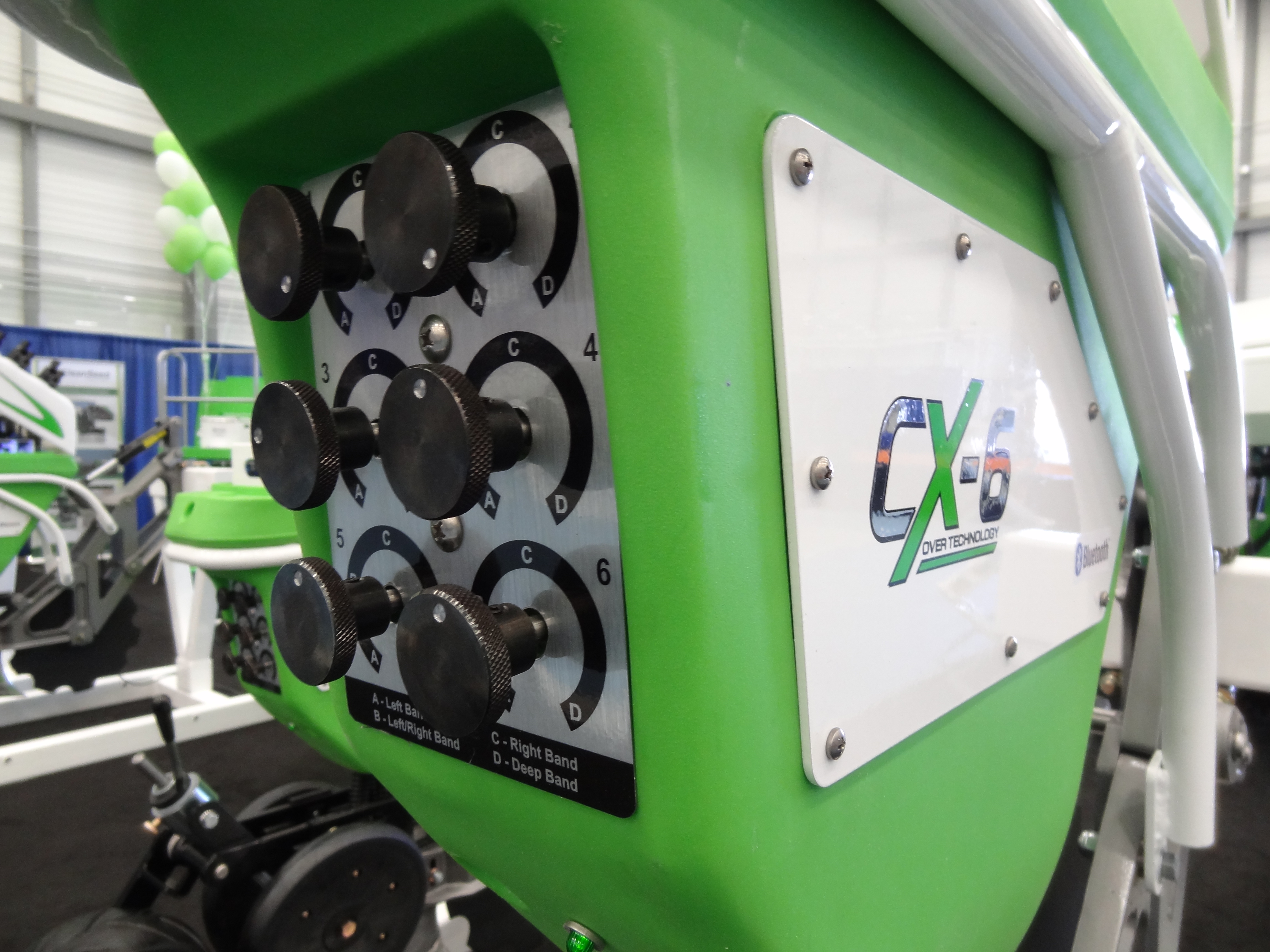 “This is a completely different machine,” Rosengren said. “It’s more like a planter, which is why we’re calling it a crossover drill. It’s a multi-product, single-pass planter in a way. We’re metering at the individual openers, which means we can then do things like turn compensation, individual point shut off and even variable rate across the width of the machine.”
One other feature offered by this system is the ability to alternate between two different seed varieties according to a prescription map. At the Show, the company demonstrated a program that used two of the six metres to switch back and forth between different canola hybrids while still applying nitrogen, phosphorus, potash and sulphur at the seed row.

“We’ll be down to the foot of accuracy,” said Rosengren. “Getting rid of the air distribution manifold will increase precision, because manifolds are fairly random in how they divide product. They’re not perfect.”

“Right now farmers feel like we’re very accurate, because when you finish a field you’ve used a certain amount of product,” he added. “But if you go down to the square-foot level, you’d find areas of your field where your rate was wildly off what you wanted.”

Although the “pods” of the CX6 look like standard planter row openers from a distance, there are some major differences. Each one is designed to accept product flow from a six-compartment central tank through a typical air delivery system. But the flow of each product is metered at the opener, and there are six metres in each pod which are driven electrically and controlled using BlueTooth wireless connections. That means there is no mammoth wiring harness to deal with. 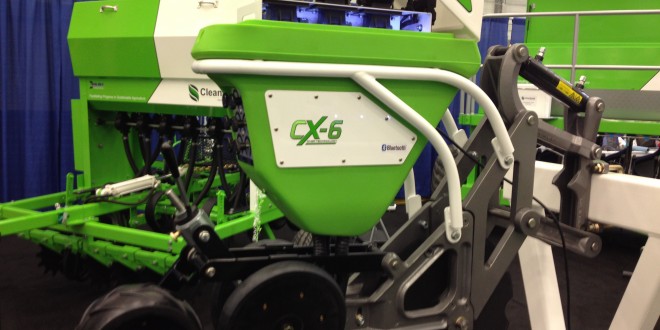 “There are central-fill planters right now, but the openers themselves are all set up for single shoot,” explained Rosengren. “Some of them have options for liquid fertilizer or whatever, whereas we’re going to have a typical seed boot that people are used to, in fact we’re going to have three placements on it instead of two, which is kind of the standard. Then you can have six different products placed anywhere you want on the opener.”

This summer, Clean Seed Agricultural Technologies will be assembling a full prototype 60-foot drill equipped with CX6 pods designed to go into field trials. The unit will be equipped with six separate central tanks designed to feed the openers. “It will be a single toolbar with a mounted tank to fill the mini hoppers (in the pods) on demand,” he added. “At the openers there is a small cup full of seed or product. It (the feed from the central tanks) just keeps them full.”

Seed is metered using the company’s innovative foam rollers, which can handle any size seed. Rosengren says these meters have been in use in the company’s other drills for several years and have proven to be very durable

Along with a working prototype drill, the company is also working on developing a unique seed tender that can transfer product on the go. “You’ll stop and hook up a cart, just like the anhydrous concept,” said Rosengren. “Tie the hoses together and it’ll transfer on the go. Then after the 10 or 15 minutes it takes to transfer those six products, you’ll drop that extra cart and it can be picked up by a semi tractor.”

The CX6 pods are set on a parallel linkage suspension system made of cast steel for strength, but many of the metering components are made of a lightweight plastic, which Graeme Lempriere, CEO of Clean Seed Capital Group, said have also proven to be very durable while still keeping weight down. As he stood at the company’s CFPS display he commented that a CX6 Trident Crossover Drill could retail at a price that is competitive to most conventional air drills already on the market.

At CFPS farmers were clearly impressed with the concept. The CX6 pods won The People’s Choice Innovation Award. “It’s no surprise to me to see the Clean Seed group win this award,” said Rob O’Connor, manager of the CFPS. “They were the subject of a lot of buzz among show attendees and the media.”

“We were very proud to launch our technology at Canada’s largest agriculture show,” said Lempriere, in a press release. “It’s been 10 years of development to bring us to the point of launching our products to the audience that matters — the farmer and industry as a whole. Winning this award is a triumph for our family starting with my father who developed the technology.”