September 26th, 2011, Vancouver, British Columbia – CLEAN SEED CAPITAL GROUP LTD. (the “Company”) (TSX Venture: CSX) announces that it has completed its initial public offering (“IPO”) of 6,700,000 common shares, at a price of $0.30 per common share, for aggregate gross proceeds of $2,010,000; has distributed 16,666 common shares upon exchange of 16,666 previously issued special warrants, and has issued 10,000,000 shares for the acquisition of Vesco Agricultural Technologies Ltd.

The TSX Venture Exchange (the “TSXV”) has conditionally accepted the Company’s listing application, and it is expected that the Company’s common shares will commence trading on the TSXV at the opening on September 28, 2011 (Vancouver time) (the “Listing Date”) under the trading symbol “CSX”.

Wolverton Securities Ltd. (the “Agent”) acted as lead agent for the IPO. As consideration, the Agent received: (i) a cash commission equal to 8% of the gross proceeds of the IPO ($160,800); (ii) a corporate finance fee of $32,500 (plus HST); (iii) options to acquire an aggregate of 536,000 shares, exercisable at $0.30 per share for a period of three years from the Listing Date; and (iv) their expenses as incurred.

The Company presently has 21,406,666 common shares issued and outstanding of which the following are restricted:

The above is more fully described in the Company’s IPO Prospectus dated June 27, 2011 and filed on SEDAR.

The Company announces that it has granted 1,380,000 incentive stock options which will become effective on the Listing Date, and which will be exercisable at $0.30 per share for a period of five years.

“I am delighted we have completed our initial public offering (“IPO”) in parallel with the 100% acquisition of Vesco Agricultural Technologies Inc. Food security, environmental degradation and resource exhaustion is increasingly turning to sustainable agriculture for solutions to the many problems in the sector. Our Company is uniquely positioned to contribute to and benefit from this rapidly emerging market opportunity. Moving forward we are confident in playing a measurable, meaningful role in sustainable agriculture”.

ON BEHALF OF THE BOARD

The Company’s Prospectus and material information is available for review on SEDAR. 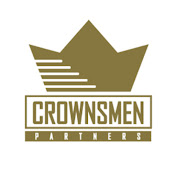 CleanSeed | The World's Most Advanced Seeding and Planting Technology