Now, One Local Company May Have Just Done For Farming What Jobs Did For The Humble Phone.

When Steve Jobs held aloft the first iPhone, the reception was nothing short of adulation. Now, one local company may have just done for farming what Jobs did for the humble phone. On June 19, Burnaby-based Clean Seed Capital Group Ltd. unveiled what it believes is the future of agriculture: the CX6 Trident Crossover Drill. 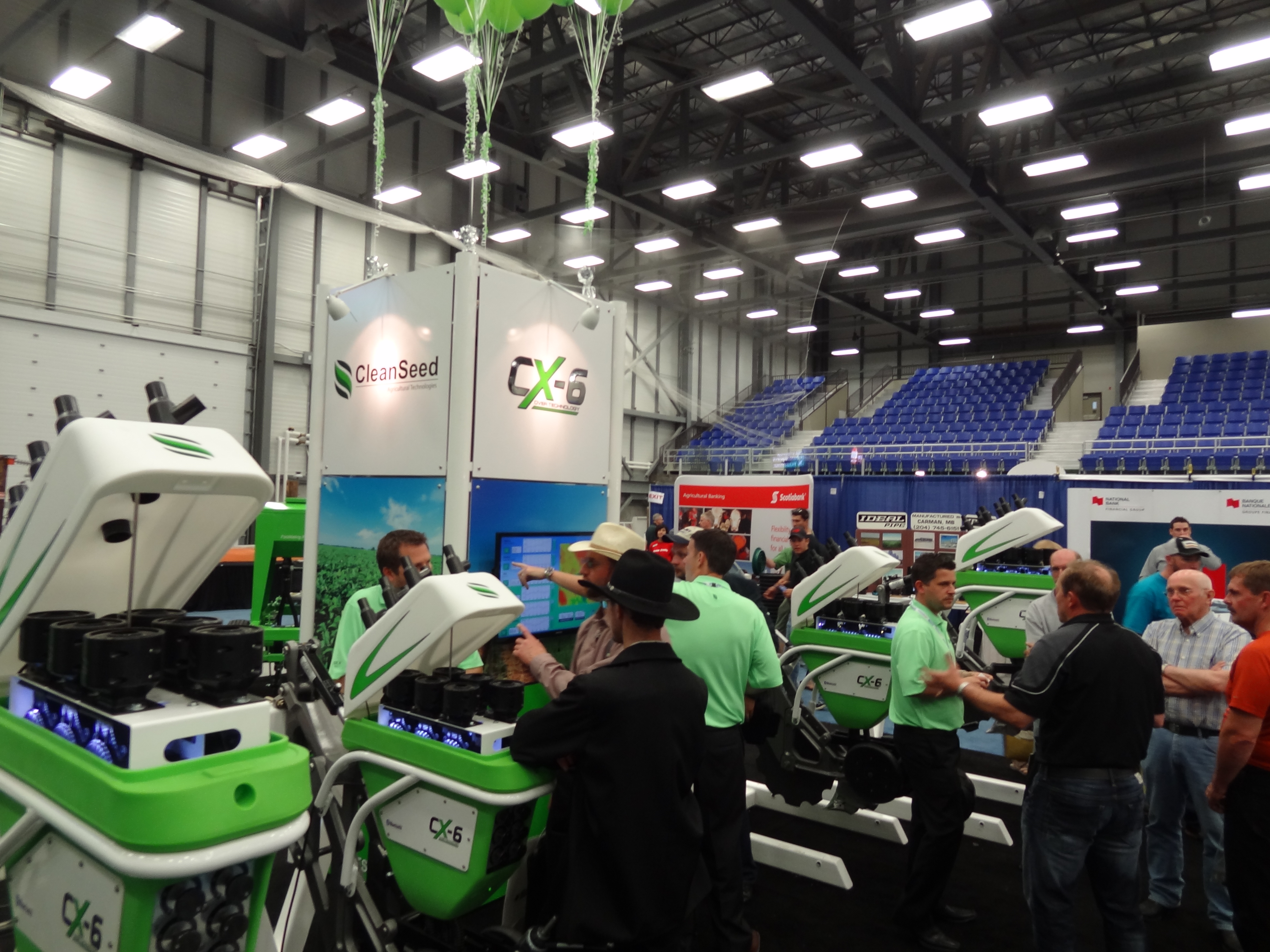 “It's the first time a seeding technology has come to market that's completely computerized,” Clean Seed CEO Graeme Lempriere breathlessly explains. Its name may not be as sexy as the latest i-gadget, but the CX6 Trident managed to clinch the People's Choice Award at Canada's Farm Progress Show in Regina, Saskatchewan, which is no small feat—the event is the largest of its kind in the country, attended by 45,000 visitors. In one video clip from the trade show, a young farmer says he's simply “stunned.” Another calls it “totally awesome.”

So how does this futuristic farming device work? Basically, says Lempriere, “it's a big drill that's pulled by a giant tractor.” But that's where any comparisons to what's already out there end. The machinery separates and meters out a precise amount of fertilizer and seed, communicating back to the farmer on a Bluetooth-enabled wireless touchpad.

The high-tech piece of machinery even has turn compensation, which up until now was not available to farmers, who ended up wasting seed and fertilizer because of it. “The current technologies that are out there today still apply very limited prescriptions across the field. They just have big sectional controls. They can't really blend and make an impact on the fly,” says Lempriere. It's also a no-till system, which means the soil isn't turned over—a practice that releases carbon and erodes the topsoil.

Of course, as anyone who's ever splurged on a first-generation gizmo knows, new technology doesn't come cheap. The 60-foot CX6 Trident drill will sport a price tag of $450,000, although Clean Seed has smaller units available, as well as a $7,500 unit aimed at developing countries.

Lempriere, who isn't shy to proclaim his company “the Apple of farming,” says he wants to take a calm, considered approach to rolling out the product, and will start sales in the spring of next year, targeting Saskatchewan's large agricultural sector.

“We've come so far in technology, but no one really applied it to the farm, and the farm is where all our food comes from,” he adds. “Our food comes from the hard work of the farmers, and it's vital to give the farmer the most sophisticated tools you can give them to produce the best crops.”