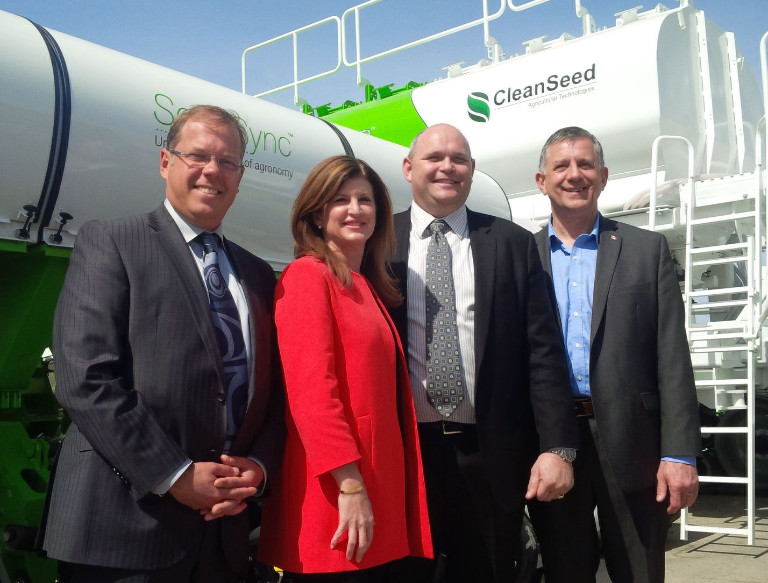 “Clean Seed Capital Group is thankful for the strong on-going support from the Government of Canada in relation to the development of our SMART Seeder technology and our food production and environmental initiatives.”  stated Graeme Lempriere, President and CEO Clean Seed Capital Group.  “The CX-6 SMART™ Seeder is on the leading edge of Canadian designed and manufactured high tech agricultural equipment that will assist in revolutionizing farming on a global scale and the world is listening.  Thank you to Ms. Ambrose and Mr. Ted Falk for taking time to fly in to see us today, we are proud to have the support of the Government of Canada as we work tirelessly towards pioneering a new era in agriculture.” 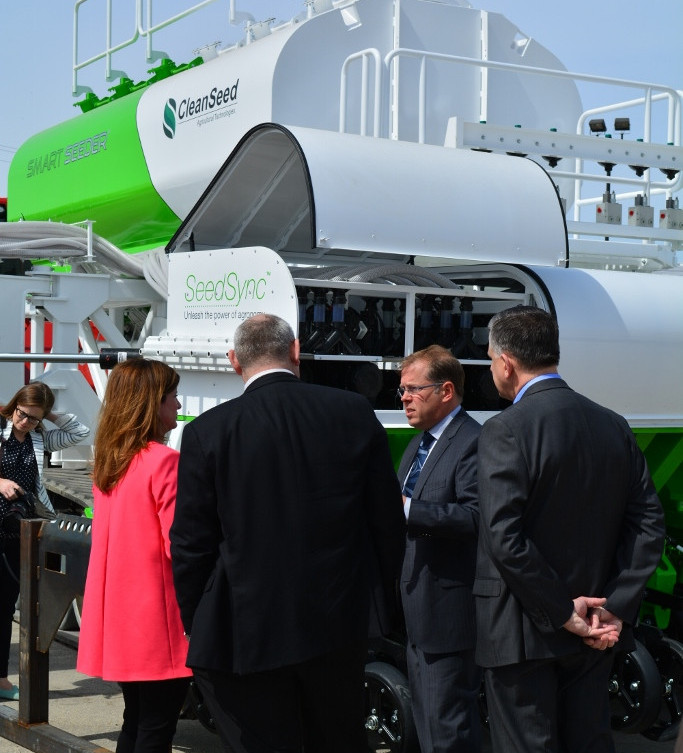 Discussing the benefits of deploying the SMART Seeder technology on Canada's farms along with our food production and environmental initiatives.[/caption] 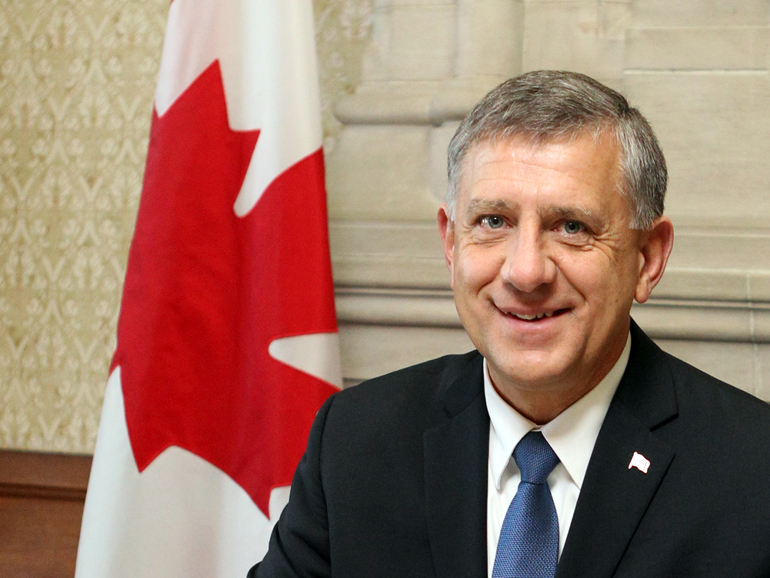 “The CX-6 is absolutely going to have the ability to bring significant change to the way cropping is done, not only in Canada, but North American and I suspect across the world.” 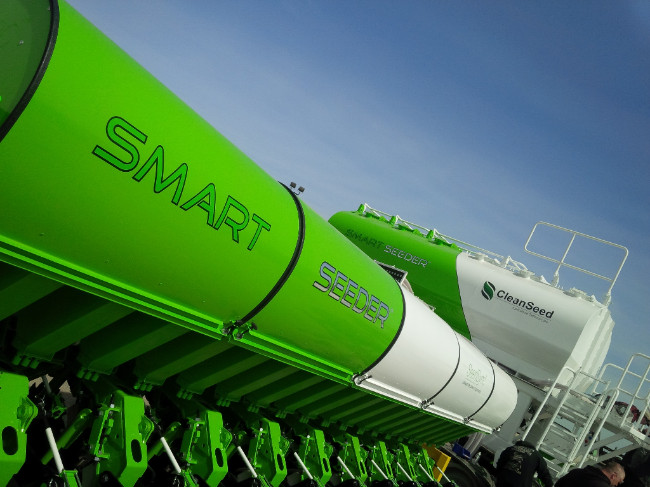 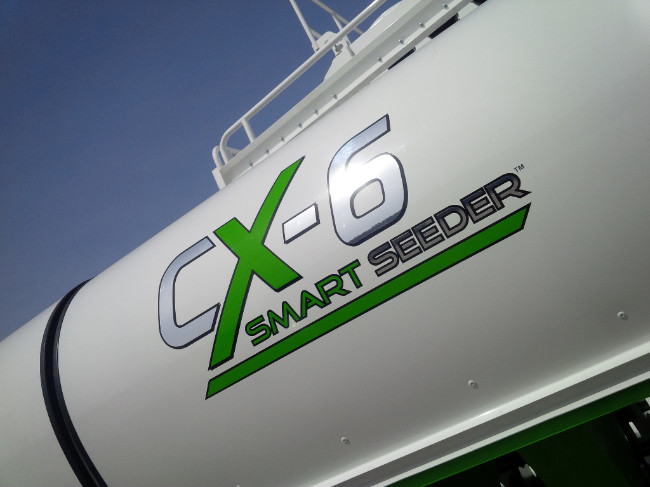 "WS Steel and its employees were excited to host the Honorable Rona Ambrose and Mr. Ted Falk which included a tour of our state-of-the-art manufacturing facility, meeting our people, and to witness on-going production of the highly advanced CX-6 SMART Seeder™ technology.  We would like to thank Ms. Ambrose, and Mr. Falk for taking the time to see production in Southeastern Manitoba." stated by Joe Waldner, President and CEO of WS Steel.  "Working in tandem with Clean Seed Capital Group and its team on the production design of this machine has been an exciting and knowledge building experience. We look forward to the continuation of playing an important role in bringing this revolutionary machine to market." 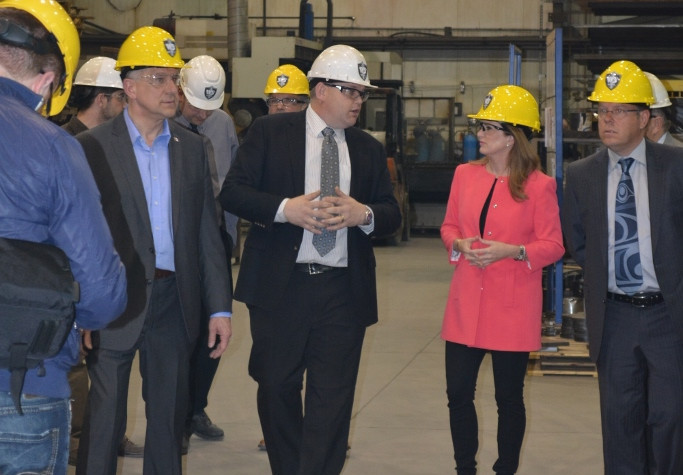 Manufacturing facility tour discussing the state of the art capabilities utilized in the production of the SMART Seeder™.[/caption] 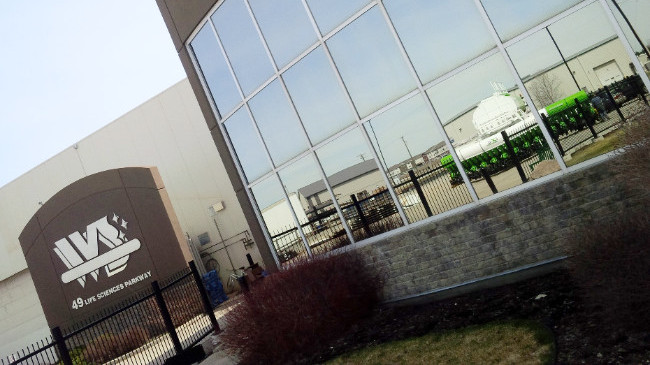