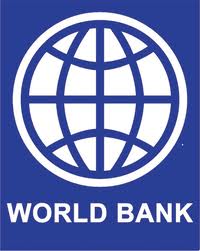 WASHINGTON May 24, 2012 – Partners in the Global Agriculture and Food Security Program (GAFSP), a fund that supports country-led efforts to fight hunger and poverty, today announced that six countries will receive grants totaling $177 million. The grants – to Burundi, the Gambia, Kyrgyz Republic, Malawi, Senegal, and Tanzania – will help each country increase food security, raise rural incomes, and reduce poverty. International food prices remain volatile and high with the 2011 annual index 24 percent higher than its average in 2010. Prices of certain foods remain dangerously high in many countries, leaving millions of people at risk of malnutrition and hunger, many of them children. In developing countries that face more volatile international markets, it is essential to increase the productivity and resiliency of food production.

“The Global Agriculture and Food Security Program has quickly proven to be one of the most innovative and effective development programs the global community has created,” said Lael Brainard, Under Secretary of the United States Treasury for International Affairs. “GAFSP will raise the incomes of 7.5 million smallholder farmers and their families. These new grants will meet the high global demand for agricultural resources to achieve food security. Continued financial support from the development community is critical to maintaining momentum in the fight to achieve sustainable, lasting solutions to hunger and poverty.”

Launched in April 2010, GAFSP represents a global effort to aid vulnerable populations afflicted by hunger and poverty. It takes up where emergency and recovery assistance leaves off, targeting transformative and lasting change in agriculture and food security within poor countries through financial support to existing aid effectiveness processes.

In Togo, where the agriculture sector contributes 40 percent to GDP, GAFSP support is helping the country to implement their national agriculture plan and has funded seeds, fertilizer, and training for farmers. It has helped farmers to organize better, improved the production of maize and cassava, and increased donor coordination. In Rwanda, one of GAFSP’s first beneficiary countries, the funding is being used to reduce erosion and bolster productivity in hillside agriculture with tremendous results: potato yields are seven times higher than before and cereal yields have quadrupled.

Australia, which was selected as the new chair of the GAFSP Steering Committee, will work to improve the responsiveness of the fund, encourage quality proposals, and attract more donors.

“The program has already achieved significant results and we anticipate a substantial increase in national food security. For instance, in Cambodia GAFSP will help farmers to diversify their crops which will increase incomes, allowing families to feed themselves while obtaining goods and services to improve their nutrition and welfare,” AusAID First Assistant Director General, James Gilling said. “Channeling funding through GAFSP means we can reduce costs and ensure that aid efforts are coordinated, not duplicated.”

The successful country proposals were selected through a competitive process by the fund’s Steering Committee, which is composed of an equal number of voting members from donor and recipient countries, as well as three representatives from civil society organizations and other stakeholders in a non-voting capacity. The selections were based on recommendations from an independent review conducted by global agriculture experts. Successful country proposals demonstrated a high level of need, a supportive policy environment, and a comprehensive plan for agricultural development.
This is the fourth round of countries to receive funding to support country-driven investment in agriculture and food security through GAFSP. The countries awarded GASFP funding in previous rounds are: Bangladesh, Cambodia, Ethiopia, Haiti, Liberia, Mongolia, Nepal, Niger, Rwanda, Sierra Leone, Tajikistan, and Togo. These investments will help transform the lives of 7.5 million people in rural areas.

“GAFSP funding came at the right time and has allowed us to improve the level of initial funds mobilized for the implementation of the National Agricultural Investment and Food Security Program (PNIASA) which Togo has adopted. It has helped us to stimulate the agricultural sector, which is essential to reviving the national economy”, said Mr. Kossi Messan Ewovor, the Togolese Minister of Agriculture, Livestock and Fisheries. “The positive results we are already seeing on the ground encourage us to work further for a more active participation of farmers in the program so that it can directly impact on their income. This will have a real impact on agricultural production, economic growth and, ultimately, will allow us to reduce poverty and increase food security.”

To date a total of $1.1 billion has been pledged to GAFSP by Australia, the Bill & Melinda Gates Foundation, Canada, Ireland, the Netherlands, South Korea, Spain, and the United States, with funds going to countries that have strategic, innovative and credible plans already in place to improve agricultural productivity and food security. The G8 has recently set a goal of raising $1.2 billion in further contributions to GAFSP over 3 years.