The New Head Of A Major Research Organization Says The Key To Food Security Is To Farm Smarter, Not To Plow More Land 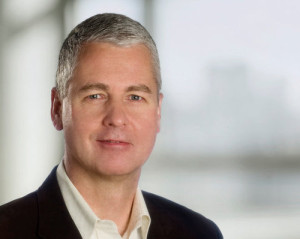 The new head of a major research organization says the key to food security is to farm smarter, not to plow more land. The strains on agriculture are growing as the global population rises and emerging economies demand more types of food.
“Agriculture had been neglected for several decades. We had become used to abundant and cheap food. And the world got a wake-up call in 2008, ’10, ’11 with spikes in food prices. And people realized that we have to produce an awful lot more food for a growing world population, as much as 70 percent by 2050,” said Frank Rijsberman, CEO of the Consultative Group on International Agricultural Research, more commonly known as CGIAR.

The world population is expected to reach 9 billion by 2050, an increase of 2 billion from the current level. But to feed that many people is it simply a matter of planting more seeds on more land?

“No, actually, that’s the wrong way to go because basically crop yields – the amount of crop that we get per hectare has sort of plateaued. It’s no longer increasing. The only thing farmers can do is indeed plow under more land and they’re doing that at an alarming pace. They’re doing that now more rapidly than during the green revolution. But if they do that they’re going to plow under marginal lands, key environmental areas. That would be quite disastrous and not a long-term sustainable path,” he said.

Rijsberman said the key is research to learn how to get greater crop output from existing agricultural land. That’s one of the main goals of CGIAR.

“There’s a lot of private sector research in agriculture, but that serves primarily the big commercial farmers. We are serving the smallholder farmers – the 500 million farmers on less than two hectares – that provide most of the food in developing countries,” he said.

Some of the organization’s key research programs include improving varieties of corn, wheat, rice, potatoes and yams, as well as fish and animals.

A second goal is to get the latest research into the hands of smallholder farmers as quickly as possible. Information such as ways to better access markets and reduce post-harvest loses. Another is to address the issues of climate change, nutrition and gender, since women account for much if not most of the agricultural production around the world.

Rijsberman said while recent spikes in food prices may not hit consumers very hard in developed countries, they can have a devastating effect in poor countries.

“The poor billions in Africa, Asia and Latin America, who spend 80, 90 percent of their income on food – if the food price goes up 10, 20 percent that has an immediate impact. Those people are more vulnerable. Just the recent food price spike from 2010/11 pushed some 44-million more people into poverty. So big impact immediately felt by the most vulnerable,” he said.

The CGIAR is getting ready for the Rio+20 conference on sustainable development. It begins June 20th in Rio de Janeiro. The meeting marks the 20th anniversary of the first so-called Earth Summit. Rijsberman says at the initial summit, agriculture and environment were opposing forces. He describes them now as “best friends.” 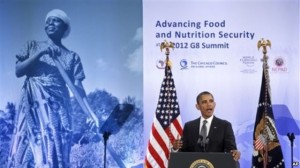 At the recent Camp David G8 Summit, President Obama announced the New Alliance on Food and Nutrition Security. It calls for much greater investment and involvement by the private sector. Rijsberman said for Africa to reach its food security goals, agriculture investment would need to increase by $21 billion dollars per year. Most of that would have to come from the private sector.